In 1977, a new biophysical method was developed in Germany, the MORA-therapy, by Dr. Franz Morell and engineer Erich Rachet, which was later named "bioresonance therapy" (BRT).

This technique refers to endogenous bioresonance therapy. A whole new idea was to use the patient's own oscillations in therapy. From studies on physics, engineering, electric fields and electronics, we know that it is possible to suppress existing oscillations if the opposite direction of oscillation of the same amplitude and frequency is used. In this case, you must consider 4 parameters: length, width, height and time. In other words: the oscillation and the opposite oscillation must have the same wavelength, they must have the same spatial characteristics, have equal force and occur simultaneously.

The BRT device is being manufactured exclusively by DEHolding, and its uniqueness is fully guaranteed because each device undergoes a process that makes it non-replicable.Through BRT device there is a complete reversal and elimination of the disorganized frequencies produced by our body, which is usually immediately perceived by the user and leads to the restriction and elimination (after continued use) of the organism's inflammatory processes. The use of the device is so simple that anyone can use it and no special knowledge is required for it. Just at the touch of a button! 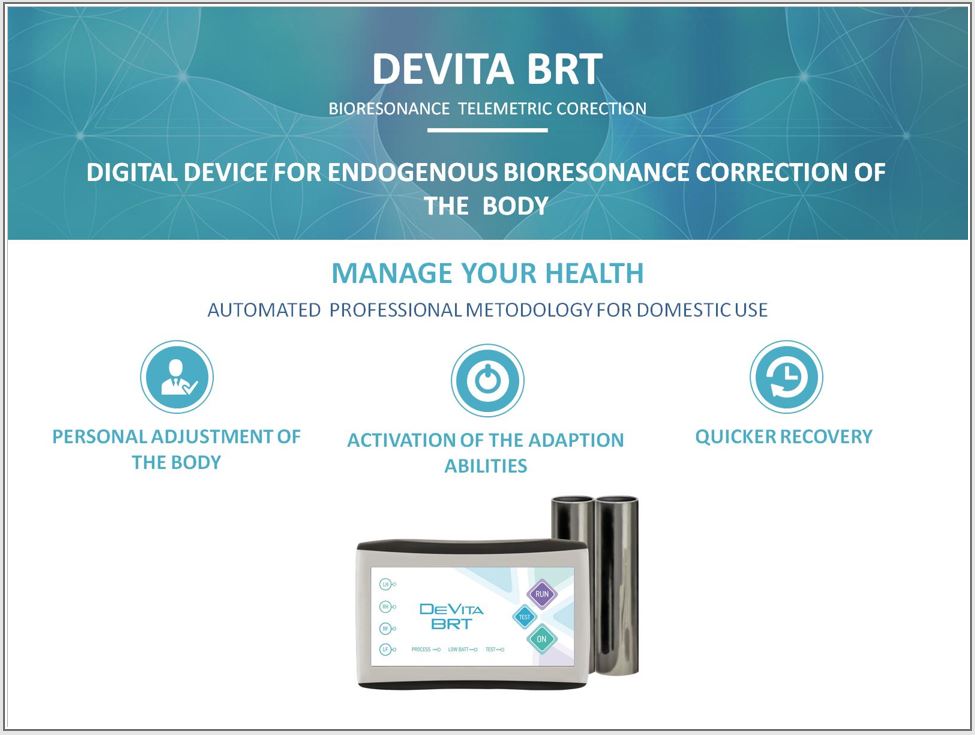 Some characteristics of Devita BRT device: 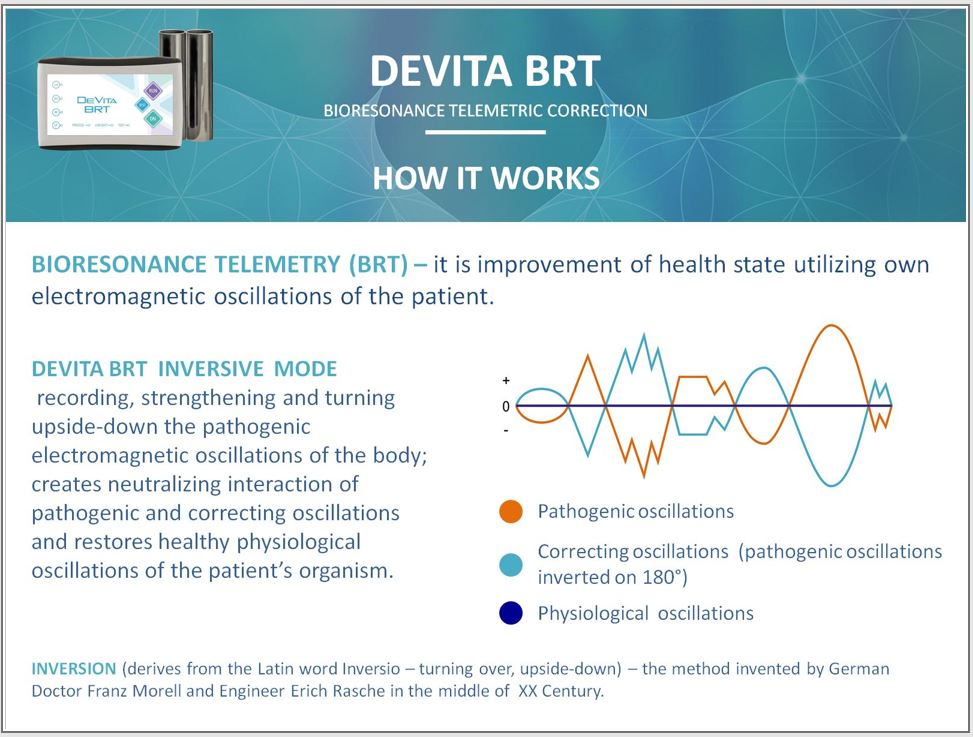 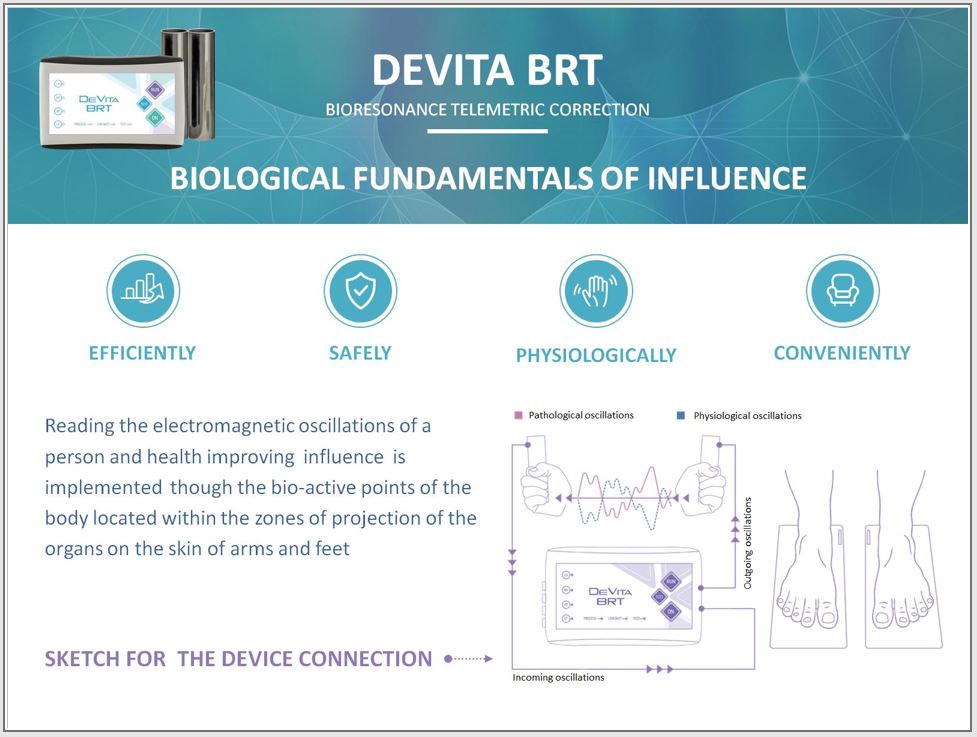 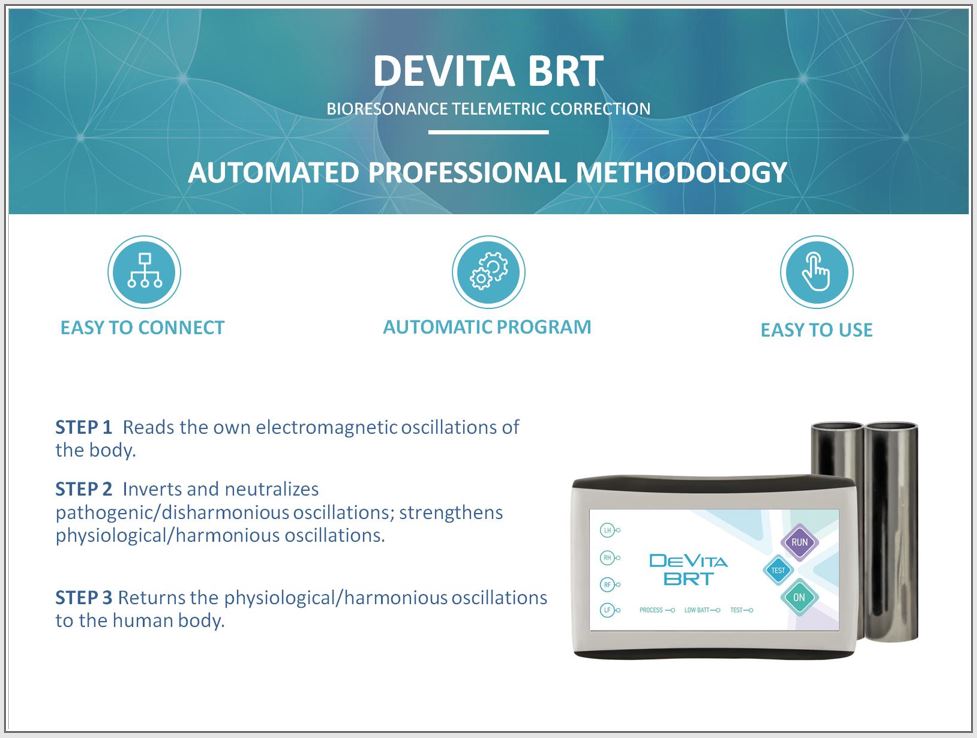 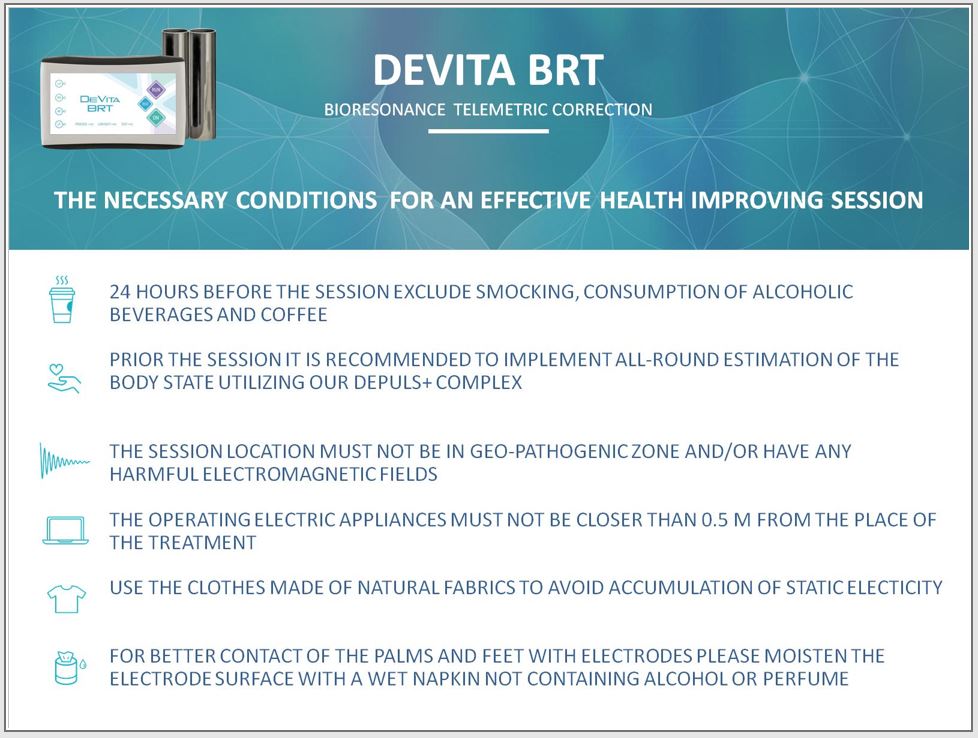 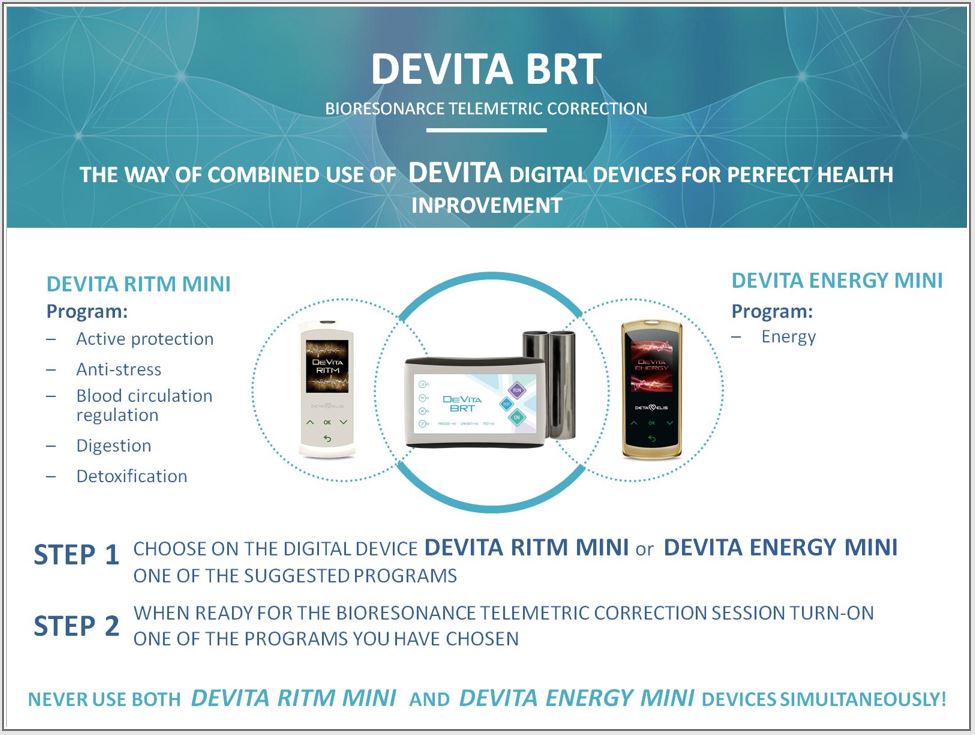