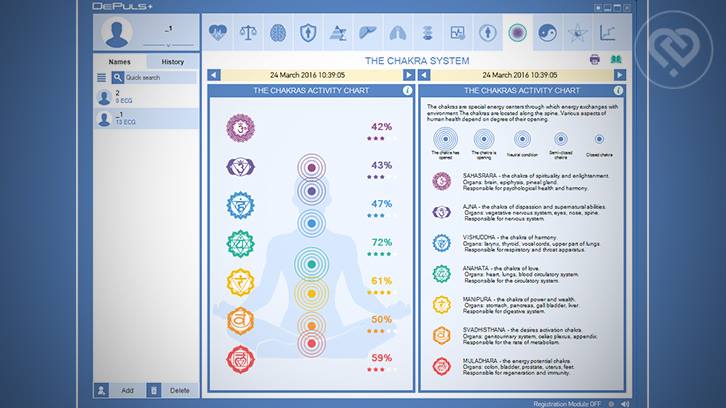 The “Chakra system” tab displays the power of a human’s energy field – aura, condition of its layers, energy level and adaptation reserves.

The user’s chakras are shown as an animation of man’s silhouette, and the degree of chakra opening is shown by the number of rings around it – 5 (opened), 0 (closed). The chakra relative power is displayed to the right from the silhouette and provisionally evaluated by the amount of stars – from 0 (the worst condition) to 5 (the best condition) and in percentage rating.

Additional information about chakra, you will find in the manual of DePuls+.